An flv to mp4 Converter that actually works

So... you want to take a couple Youtube videos and put them on your phone or tablet. Or maybe you want to snag a video and just take the audio portion out and put it on your iphone. Seems simple enough, right? Wrong! If you're like me you spent a good deal of time looking through "free flv to mp4 converters" that not only ended up not being free but ended up not even working. Not to mention it's frustrating that most of these softwares come with ads, bloatware, malware and mess with your computer. 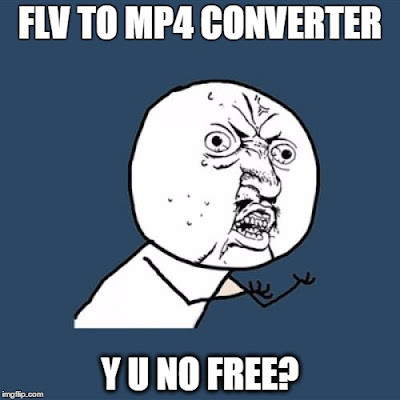 I even tried torrenting some converters I knew that were too expensive to pay for (shhh don't tell). That was a bad idea. A lot of torrents contain harmul viruses and have been hacked in order to watch your internet activity and steal your sensitive data. I learned my lesson after my firewall started sounding the alarm and my pc started running funny. I decided to stop being cheap and just cough up some money for an flv converter I found on zion-ware.com for only 7 bucks. I'd thought I'd share my experience here to save people from the pain of spending several hours wading through programs that don't even work.

The name of this software is Flv Converter by Bigasoft. Ok, so the first surprising thing about this flv converter, is ironically, your input file can be more that just a flash video file. Mp4, avi, wmv, you name it whatever file or codec you have you can convert it to flv and vice-versa. Another feature is in the file drop down menu, there's an option to "add youtube video". That's right, this software can download videos directly from youtube once you enter the url. There's also an option to strip the audio, or strip the video, say for example if you wanted to download an album and put the songs on your iphone..which I may be doing soon. Ok now on to some of the video editing options that come with this converter. I'm going to try playing with the settings on a sample video that came with my version of windows. 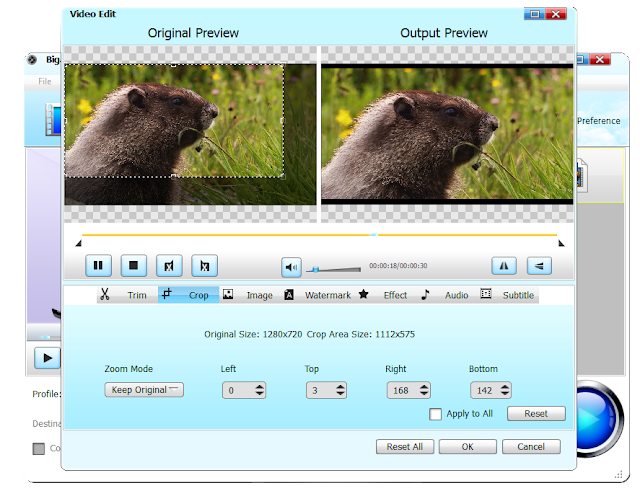 Dragging and panning in the screen allows you to crop the video, and it shows the output on the right. You can also enter in the dimensions manually below, if your a perfectionist. It also shows the resolution of the original video and the  resolution of the would-be output. It has a few image settings as well. I added a bit of brightness along with Contrast and saturation. Not too many settings, but hey it's not a video editor either so these settings are just icing on the cake. Our koala looks a lot more vivid, don't you think? Or it it a sloth? 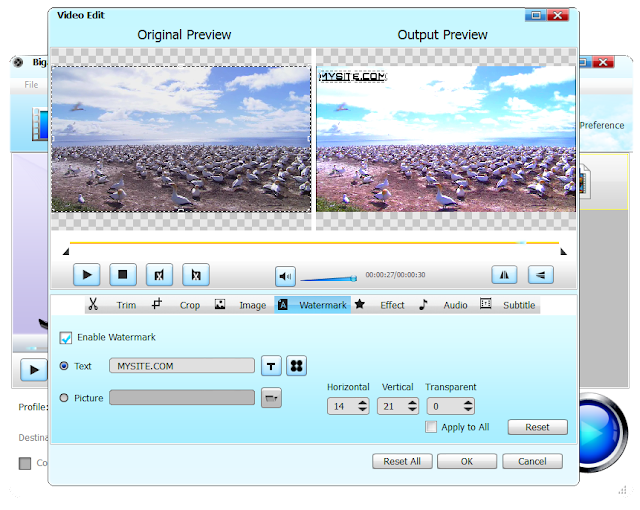 One of the most import added features to this converter is probably the enable watermark feature. I added Mysite.com in the top left corner as an example. You can take any video and add your website name and change the font and size of the text. Alternatively, you can use an image for your logo.

It has some effects or lenses you can play with also. As you can see this simple flv converter /youtube down-loader is proving useful in many ways already. While it's obviously not a video editor, it's nice to have some quick options to filter the video. You can also filter some videos and not others and splice them together for a multiplicity of effects. I just added a setting to flip our image for simplicity. 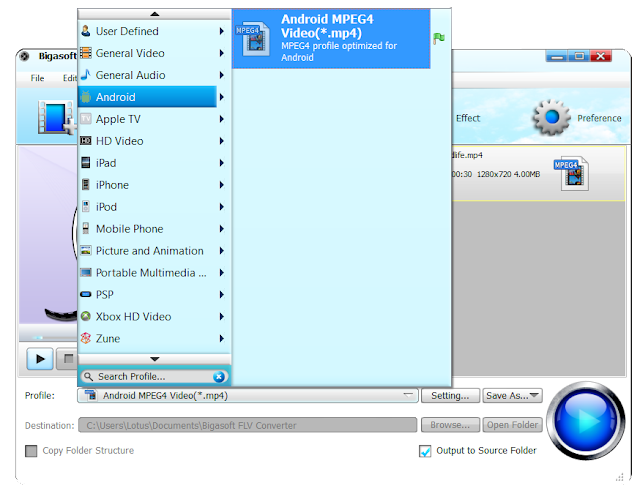 Of course the most important part of this review is the settings for the output of our file. As you can see in the image, it has varying options under each tab. There must be at least 50 different output settings. I'm surprised it has xbox and blackberry, that's a nice addition to an already generous amount of settings that comes with this software. There is also a user defined setting, but that's a little more than most users need, you can specify the exact audio and video codec...or something.

So as you can this flv converter is more than just that, it's simple yet fast and has some nice settings to play with. It's no photoshop but with the price, it's a steal. I have photoshop, but starting it up and messing with the filters can be time consuming and resource consuming on my computer, so this software makes for a quick replacement. I hope you enjoyed the review and I hope this saves some people the effort of trying to find a worthy flv converter and wasting their time.

Posted by BritneyParis at 2:03 AM No comments: